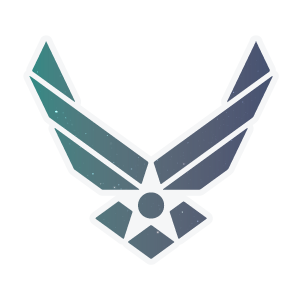 The Department of Defense is typically not the first place you’d go to find a Design Thinking course, especially in the U.S. Air Force’s nuclear command; however, that is exactly where it has emerged. By necessity, the military is organized into a strict top-down hierarchy. This trait should be in sharp contrast with the end user focused problem solving philosophy of design thinking, yet Air Force Global Strike Command is finding an ideal balance of these principles.

The Design Warfare course, formerly known as Leading 4 Innovation, has been developed and is now led by a group of Airmen intrapreneurs collectively known as Allspark. Design Warfare is made possible through the support of AFGSC’s Science and Technology Office and A9L Branch. The course opens and closes at AFGSC’s Strikewerx facility where students are separated into teams of five and removed from their work centers for 28 days. What makes this course different from traditional training courses is its full immersion approach. There are no PowerPoints, no career based training, and most importantly no watching from the back row. Every lesson is taught through exercises and dry erase board discussions. The students spend the first week, aptly named “Disruption Week”, breaking the natural urge to solve a problem by jumping at solutions. Instead, a problem needs to be approached through understanding and empathizing with the end users who are most affected by it. The teams are then sent out into wings for two weeks in order for the students to experience this approach through hundreds of Airmen interviews. Teams have been hosted at Dyess Air Force Base, Texas, Minot AFB N.D., Whiteman AFB, Missouri, and Ellsworth AFB, S.D., with plans to expand to Kirtland AFB, N.M, and Wright-Patterson, Ohio. The students are then brought back together for the fourth week to learn pitch coaching, innovative acquisition, design sprints, and champion buy-in.

During Design Warfare’s third cohort, a student team consisting of Capt Timothy DesRoches, 7th Operations Support Squadron, Capt Simon Pena, 7th Force Support Squadron, SMSgt Erik Kast, 7th Aircraft Maintenance Squadron, MSgt Christopher Ferguson, 7th Component Maintenance Squadron, and SSgt Christopher Clinton, 317th Maintenance Group, investigated retention struggles at Dyess AFB. While conducting their interviews, the team began finding a trend of first term Airmen feeling disconnected with their front line supervisors. The supervisors were being wrongly perceived as not caring and unavailable. A solution-driven problem solving approach would likely lead to a commander’s call where supervisors will be directed to spend more time talking to their Airmen. Conversely, following the course’s methodology, the team tested this approach with a small batch of students. What they found were clumsy awkward interactions that provided little gain. As the team dove down into several layers of “Why” they found that these supervisors, most of which were in their early 20s, simply did not have the soft skills essential for connecting with their troops. As a generalization, the younger the Airmen, the less comfortable they are at handling in-person situations, especially if these situations are confrontational in nature. The team then sought to find a way to teach soft skills to supervisors. Their iterative testing found failed prototypes in instructor led academics, virtual training, and video scenarios. The team finally found success in fishbowl style actor-led scenarios. The supervisors were put into “encounters” with actors-instructors playing disgruntled, confused, flirtatious, or insubordinate Airmen while their peers watched. After each encounter, the instructor and peer-spectators would debrief the encounter. Most supervisors testing the prototype found the encounters to be highly uncomfortable, yet they also reported being more confident in dealing with their real subordinates.

With a successful prototype, the team is now scaling the project for further testing. The project, now called “NCO Workshop”, utilized AFWERX’s network of Small Business Innovative Research (SBIR) Phase 1 companies to find a solution provider. The team found a perfect pairing with the Design Thinking based customized learning small business Bubo Learning Design. Bubo will validate the team’s findings and then design a workshop to provide the necessary pain reliever. At the conclusion of the Phase 3, Bubo will have developed a workshop, taught the early iterations of the workshop, and trained Airmen instructors to continue to teach and expand the workshop without Bubo’s involvement.

If you are interested in getting involved with Design Warfare or NCO Workshop, please reach out to AllsparkAF@gmail.com or Dr. Erik Kast, erik.kast@us.af.mil.